Add A Review
Rated 5/5 based on 2 customer reviews
"Paul, Larry and the staff at Activbody provide appropriate, progressive physical therapy that allows for a strong recovery. Stacey and Leejay worked with me most of my recovery preparing me to return to work as a firefighter in 3 months. I would highly recommend Activbody Physical Therapy to family and friends! "
Kenet R. from Huntington Beach
"I am a Middle Aged Athlete full of aches and pains and the team at Active Body has kept me in the game and ready for my races! I especially like the Lazer and massage! I can’t say enough about how great the Team is at Active Body!!"
Dave S. from Huntington Beach 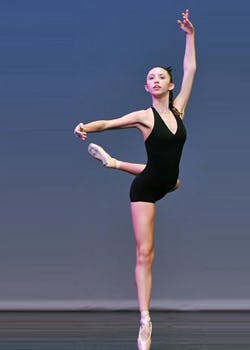 “I really trust the Physical Therapists at ActivBody. They have helped me strengthen my knees so that my dancing is now pain-free. I even have exercises that I can continue to do on my own. When I sprained my ankle just weeks before leaving for five weeks with Pacific Northwest Ballet, the ActivBody staff accelerated the healing process and got me back ‘on pointe’. The atmosphere is warm and friendly and I highly recommend them.” 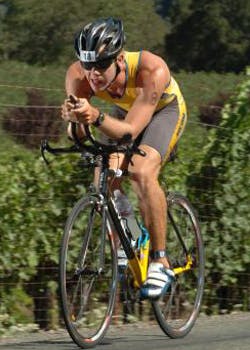 “ActivBody Physical Therapy enabled me to overcome multiple injuries in my Iron Man training program. Their hard work and support of my goals not only allowed me to keep training but to eventually cross the finish line with a smile.” 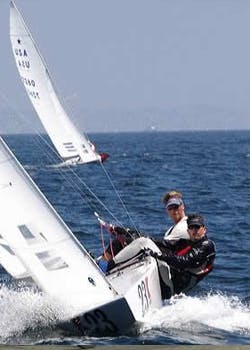 “In October 2004, I aggravated a chronic back injury while working out in the gym doing overhead shoulder presses. The injury got progressively worse. I had an unbearable, constant pain shooting down my left side. I went and saw an orthopedic surgeon and found out that I had a herniated disc in my lower back. I tried everything to improve my condition, including stretching, acupuncture, prescription drugs, and even cortisone shots. After all the treatment failed, I decided to have surgery. The procedure was called a laminotomy of the L5 vertebrae. It was performed in mid December 2004. I began rehabilitation of my back about a month later.

I race sailboats competitively. The class of boat I race is physically demanding and is an Olympic class boat. The boat puts a great deal of stress on my lower back due to the extreme hiking that is involved to sail the boat fast. I’ve always had hopes and dreams to mount an Olympic campaign and I was starting to show potential that there was a chance to succeed in that endeavor. Unfortunately, I had to put my sailing on hold for months because of the pain and then the surgery. It was hard for me to take but I wanted to start competing again as soon as possible. I set a goal to be ready to compete in a big regatta in March 2005, called the Bacardi Cup. I was told that in January 2005 by my doctor that it would take about three months to rehab my back to a point that I would be able to sail again.

Paul H. Hasenyager, from ActivBody Physical Therapy, assessed my injury, made me aware of my condition, and set goals for me in 2005. He was very knowledgeable and helpful in developing an intensive rehabilitation program to prepare me for my regatta. For the next two months we worked extremely hard on achieving that goal. His method of physical training, from cardio, to stretching, to core strength development was very successful. He was very easy to work with and would never push me harder than I was able to perform. We made great strides in my physical conditioning and limiting my back pain. After the two months of training I felt ready to compete again. I participated in a “test regatta” in late February and won. Also, I competed in the regatta in March and was able to do pretty well considering my circumstances.

Since I completed the rehabilitation, I’ve continued to train all year. I’ve stuck to the same routine taught to me by Paul. The program I learned at ActivBody has allowed me to recover quickly and to stay in good all around physical shape. I’ve had a great year sailing and have accomplished the goals I set in January 2005. The Olympic campaign is going well and I’ve got Paul to thank.”